What To Expect From The SS19 Shows At Milan Fashion Week

The temporary absence of a Gucci show – which will instead be presented in Paris – opens the doors to a restructured Milan Fashion Week, which features special events by key resident houses and business as usual for the city’s most anticipated shows. 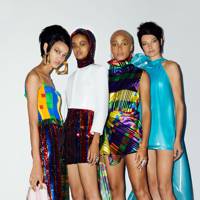 Moncler will unveil the second chapter of its Genius initiative on Wednesday September 19 at 8pm. The show slot is a first for Moncler, which debuted its revamped direction last season at a special event the night before the Milan shows, bringing on board several international designers to create eight capsule collections in collaboration with the brand. No details have been released ahead of the shows, but come the first evening of Milan we’ll see if Pierpaolo Piccioli, Craig Green, Simone Rocha, Hiroshi Fujiwara, Palm Angels and Kei Ninomiya – whose Moncler collections are dropping one by one throughout the season – will return for a renewed stint.

Emporio Armani skipped the men’s schedule in June in favour of a co-ed show, which takes place on Thursday September 20 at 9pm. All the brand has revealed is that a very special location will frame the show, which follows previous one-off events for Emporio Armani in Paris and London. Lately, Giorgio Armani has been upfront about shifting up his traditional show formats and making an impact with the new generations. He staged July’s haute couture show for Armani Privé as a salon presentation at the majestic Italian embassy in Paris, noting backstage: “People don’t know the difference between couture, ready-to-wear and sportswear. You wear sneakers with everything. There’s been a bit of confusion recently.”

Gucci won’t be showing in Milan. Alessandro Michele is taking the circus on the road, presenting on the first Monday of Paris. But he isn’t about to give up the first day of the Milan schedule, which Gucci traditionally occupies. In place of the show, the house is throwing a party at its headquarters on the evening of Wednesday September 19, in collaboration with The Michael Clark Company. The dancer and choreographer will be staging a ballet performance at the soirée, which follows past events of a similar nature such as the party in February 2017 when Gucci flew the congregated club kids of London to Milan. Clark previously featured in the Gucci short film The Performers: Act VI for GQ.

Prada has found its new stride, with August’s announcement of a nine percent growth this year, up from three percent last year. “Today the results of this transformation are visible and supported by many positive signs from the market, confirming the soundness of our strategic choices,” CEO Patrizio Bertelli said in a statement. “We are always working to reshape the Prada Group to adapt to the rapid changes in society and to interpret the spirit of new generations without losing our brand integrity.” On Thursday September 20 at 6pm, Miuccia Prada will pull the curtain on her next step towards creating a Prada in the spirit of those new generations. 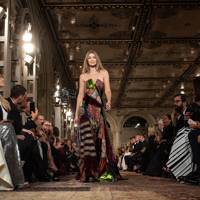 The post What To Expect From The SS19 Shows At Milan Fashion Week appeared first on Luxe Designers.